Have Awesome Fun with the XPV Rollover Rumbler RC Car

Inspired by Marvel’s Captain America film, Civil War, this is an innovative toy design from JAKKS Pacific that provides a great deal of fun.

This is a radio control (RC) car with a difference.

See those odd-shaped tires? They enable the car to flip over and still remain driveable. It won’t get stuck. On one side it is decorated as Iron Man in a red livery, and on the other side as Captain America in a neat blue finish.. Two cool superhero cars in one!

Your kids won’t have to choose between superheroes. They get to play at being both but all in the same RC car!

In a Hurry? >>> Get Your Very Own Rollover Rumbler RC Car HERE! 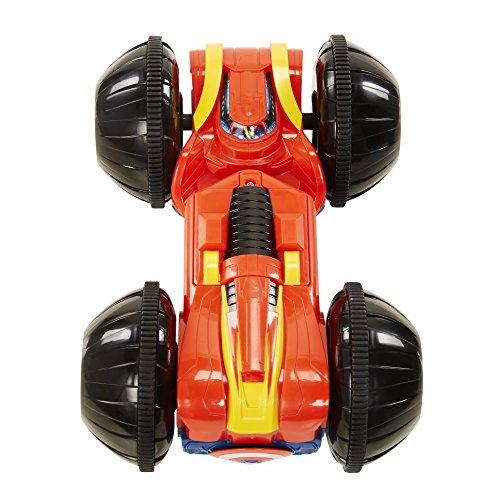 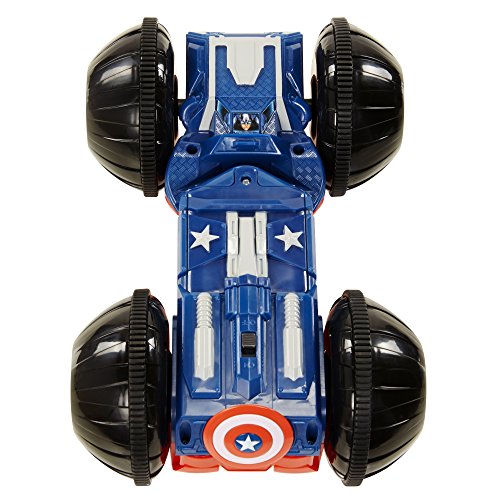 It’s easy to get started. The 2.4 GHz transmitter has two-stick control for forward, back, left and right, and there is an on/off switch on the car and the remote.

You’ll just need to load a total of 10 AA batteries to power the remote control handset and the car itself. Then you’re good to go.

Want to turn over and change superhero?

Easy! Just accelerate fast then make a hard turn either side and the Rumbler will flip over. And it'll right itself. Those unique tires see to that.

Now you can use the XPV indoors as well as outdoors, but indoors you won’t get as much traction when running on a very smooth surface. It’s those clunky tires see. They have only a very narrow tread touching the ground so the running surface needs to be a bit coarse. Carpet is better than floor tile, OK?

A nice touch with the packaging is that the display window is double-sided, so that both the Captain America and Iron Man car features can be clearly seen on either side of the box.

We think that this is a great RC car for kids aged four and over who like the rough and tumble of some fast stunt driving. Two-wheelies, flips, slides and rolls, fast acceleration and crazy stunts make for a lot of fun and good play value.

The XPV is a rugged and responsive RC car that is easy to use. It has smooth lines, is nicely decorated and has no fancy detail that could get easily broken in all the flip-overs.

Kids who are into Marvel superheroes and who like their vehicles to hit super hero speeds, are going to love the XPV Rollover Rumbler. Which will they choose? Iron man car? Captain America car? They can have them both HERE. Cool or what?