Lightyear - the computer-animated sci-fi action movie from Pixar and Disney - is a spin-off from the Toy Story series and tells the story of Buzz Lightyear's early life as a Space Ranger in Star Command.

The movie follows the attempts of a young Buzz to find his way home through space and time after being stranded on a hostile planet.

With his companions Izzy Hawthorne, Mo Morrison, Darby Steel, and Sox a feline robot, Buzz must fight the invading Zyclops robots being led by Zurg.

Go see the movie to get the entire storyline and the twist in the tail! 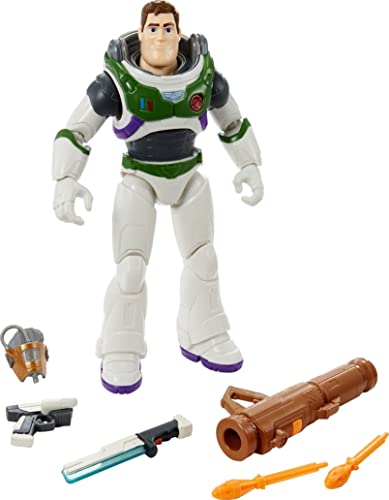 This 11.6-inch Buzz lightyear figure has 12 posable joints that even small hands can reposition. Includes:

He's a Space Ranger ready to take on Zurg and his army of robots. 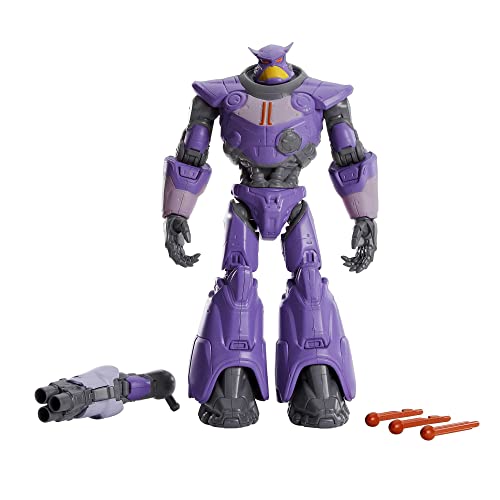 Zurg has 13 movable joints on this figure that is a tad under 10 inches tall. He comes complete with a Blaster and projectiles and is ready to lead his army of Zyclops robots against Buzz and his friends. 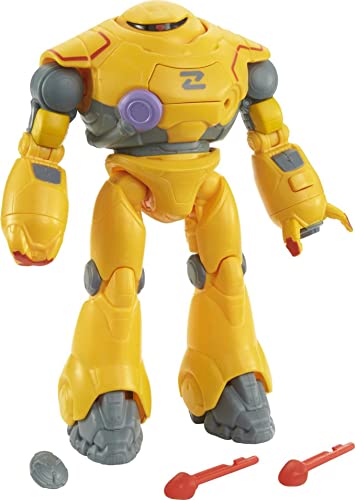 Can Buzz defeat all the Zyclops warriors? 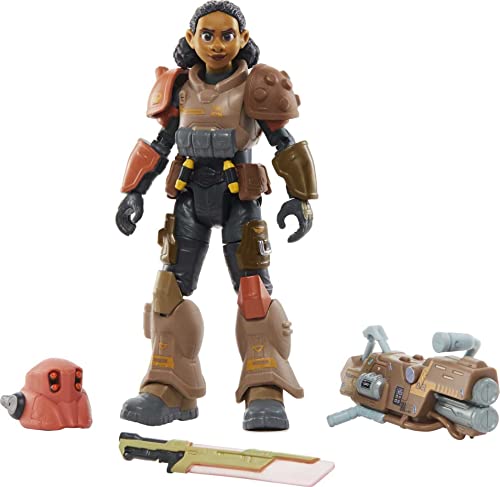 What you notice with Mattel's 7-inch scale figure of Izzy Hawthorne is the authentic details included on the 6-inch tall figure. Izzy has 24 articulated joints, including double-hinged knees and elbows, which allows a wide range of possible poses.

She has cargo-pocketed armor and comes with a removable helmet, a
laser blade DX for hacking through hostile undergrowth, and an L-85 Dubble Decker Grenade Lobber for some serious action. 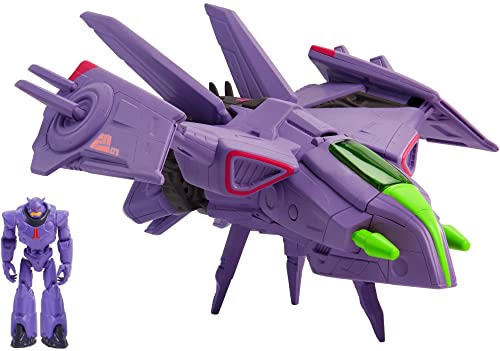 Kids can enact the Lightyear scenes featuring Zurg with their own Hyperspeed Series Fighter Spacecraft - The personal space fighter of Buzz's adversary Zurg.

The fighter has button-activated missiles on either side, fold-out landing gear, and a hinged canopy. The 2.25-inch Zurg figure has movable joints so that you can position it in the cockpit.

The dimensions are Length 9.25 inches x Width 7 inches x Height 4 inches. The purple and green color scheme looks great, and there is a nice amount of detail on the fuselage. 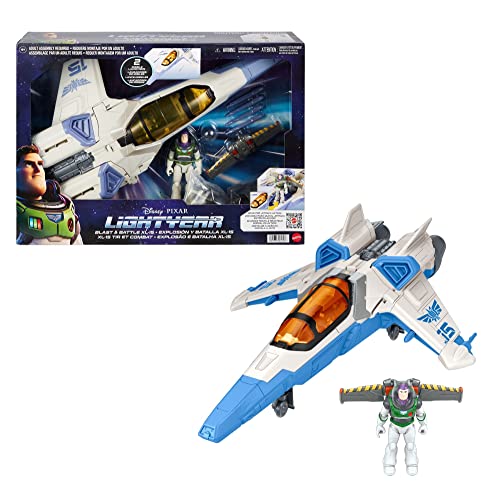 This 20-inch model from Mattel of Buzz's XL-15 Space fighter looks neat in pale blue and off-white/grey livery. You will need to do some minor assembly, mainly wings, and engine nacelles.

The spaceship has three-point landing gear, which you need to fold down, and a fully opening cockpit canopy that releases with a top latch.

You can fire missiles from beneath the wings on either side - two launchers in total but four missiles supplied. The two spares fit into pods on the wing's trailing edge.

The Buzz figure is 5-inches tall and doesn't have as much detail as other Buzz figures. It does have a removable clear dome helmet and full standard articulation and fits into the cockpit with his jetpack attached and folded back.

A neat feature is a slider underneath the craft's rear, which will open the canopy and panels behind the cockpit and make Buzz spring up with his jetpack deployed, ready for action. 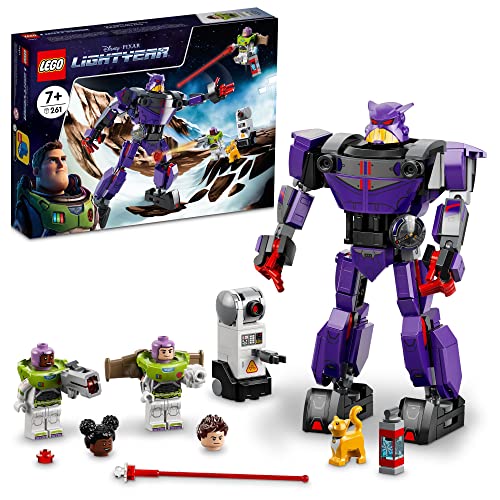 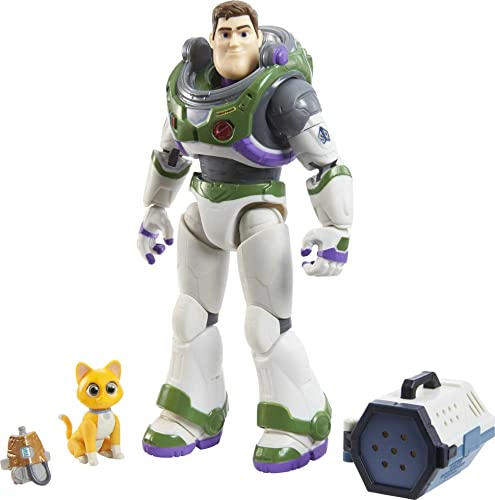 There is a wide range of poses possible with this 6.75-inch Buzz figure due to its 24 articulated joints, which include double-jointed knees and elbows. 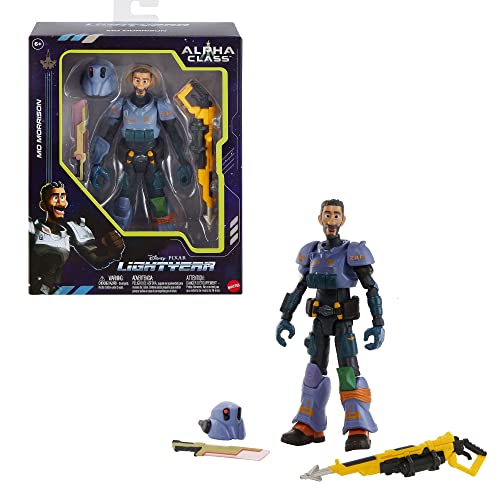 In common with other 7-inch Scale figures, Mo has 24 articulated joints, including double-hinged knees and elbows, so you have many positions you can pose him in.

Included is Mo's helmet, a laser blade for hacking through hostile plants, and a harpoon rifle for keeping deadly bugs at bay. 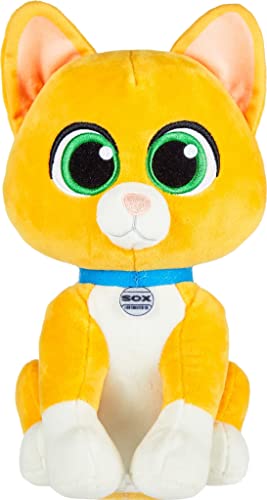 Sox, Buzz Lightyear's robot companion, is available as a cuddly plush toy. Made with a soft, easy-to-the-touch fabric, Sox will emit sounds from the movie when you press the left paw. 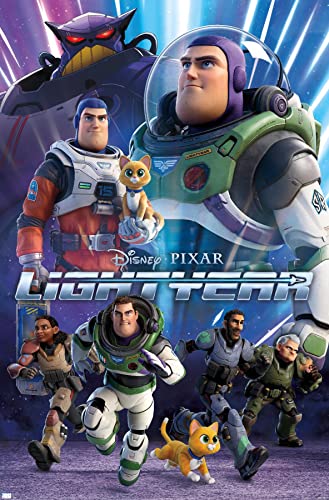 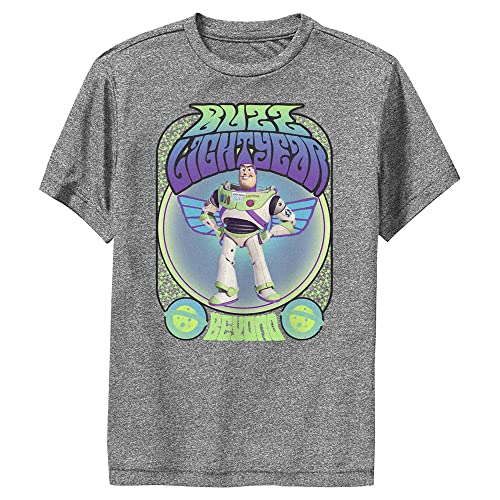 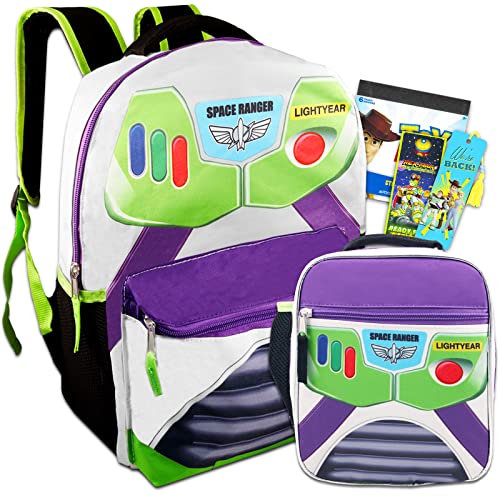 More Info
Manage Cookie Consent
To provide the best experiences, we use technologies like cookies to store and/or access device information. Consenting to these technologies will allow us to process data such as browsing behavior or unique IDs on this site. Not consenting or withdrawing consent, may adversely affect certain features and functions.
Manage options Manage services Manage vendors Read more about these purposes
View preferences
{title} {title} {title}
Scroll to Top