Star Wars toys do provide a lot of attention to detail to make sure the figures, accessories, and vehicles have a movie-accurate appearance.

Kids love to play with them and they're in high demand. That's certainly the case with 'The Force Awakens' 3.75-Inch Vehicle - Poe Dameron's X-Wing fighter. 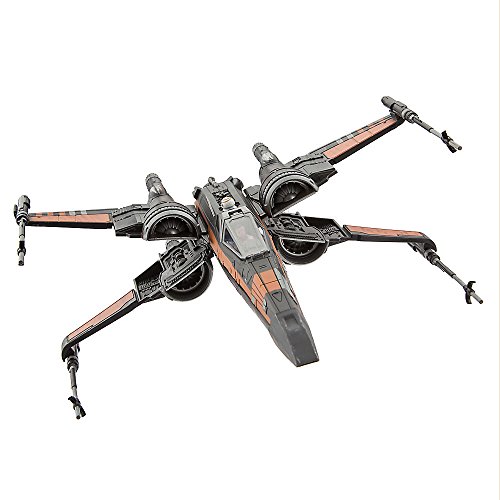 Whatever mission your child chooses to create, their imagination will be filled with excitement and adventure with the Ace Resistance Pilot Poe Dameron at the controls. In a galaxy far, far away, they can fight against the powers of the First Order.

The X-Wing comes prepped for battle with projectiles which easily fit into the spring loaded cannons. The cockpit hatch opens easily and the Poe Dameron figure can be slid in and out as required. He can also sit up as if he's controlling the flight stick.

Kids can create their own epic scenes as they fly into battles with the T-70 X-Wing starfighter. 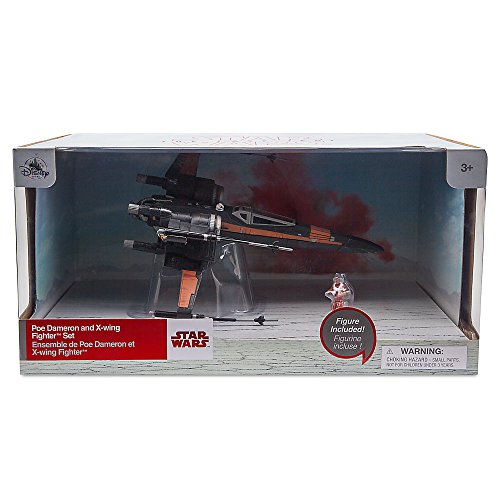 The vehicle is colored gray with some tan areas and weighs about 2 pounds.

It has the long narrow nose with front end support beneath.

The sides of the X-Wing feature sturdy wings with large engine nacelles, and exhaust blasters molded on the rear of the engine intake.

Mounts on the top and bottom of each wing tip house the projectiles.

The Poe Dameron figure has plenty of amazing detail - from the construction of his flight suit, to his vest, gloves, shoes and helmet. The helmet can be removed from the figure if required.

​He can lean back in the seat and you'll want to do this when you close the cockpit shield. There's a crank that can lock the S-foils.

He has a faithful companion with him during all his battle exploits. BB-8 - a loyal Astromech droid located to the rear of the vehicle behind the cockpit.

This is fixed in place but its head can be turned around.

This is fixed in place but its head can be turned around. 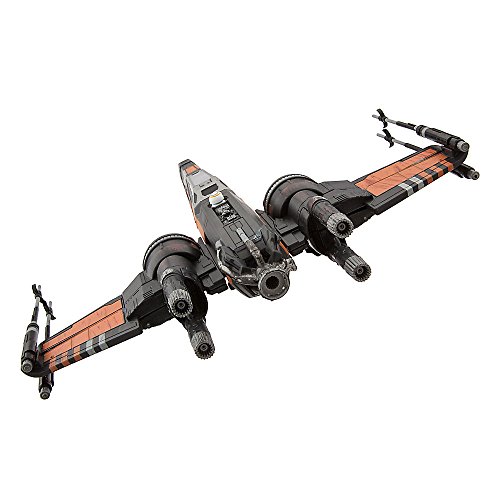 This toy is at the top of Star Wars most wanted lists so don't miss out on getting one for your child.There's plenty of good versus evil adventure to be had for any child who has this toy and it really sparks the imagination.