The ﻿Anki Overdrive﻿ represents an upgrade for the Anki Drive car racing system. It’s the second generation game of Anki’s track-based futuristic racing toy that can be controlled by Android or iPhone based devices.

Previous owners of Anki Drive will want to have the new and upgraded Overdrive version, that’s for sure. And it’s not just kids that will want this. 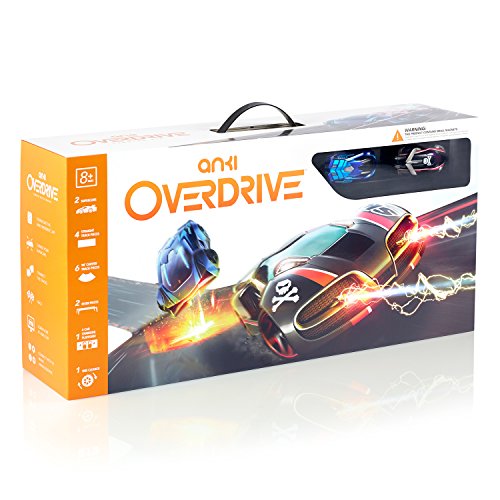 Anki Overdrive is made by a robotics company not a toy manufacturer and it uses a mix of video gameplay, cell-phone technology and toy racing cars to achieve an exciting high tech race game. Something that is way more exhilarating than conventional slot car racing.

What's in the Starter Kit? 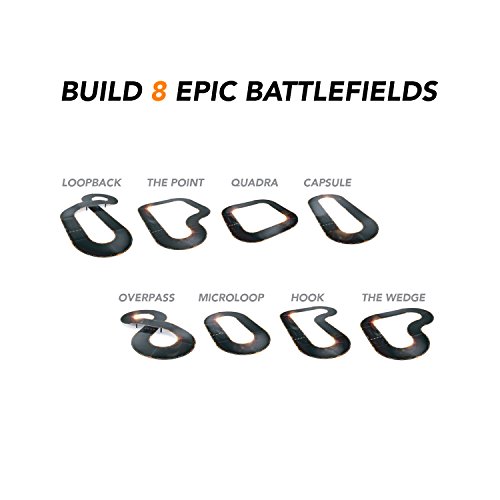 The Starter Kit is supplied with two robotic supercars - Skull and Groundshock. Up to four supercars can be raced at a time and extra cars can be bought separately. These include Nuke, Guardian, Thermo and Big Bang. Each has its own special characteristics.

​Don’t worry if you are racing alone. You can set the game up to race against four other cars run by the app.

So, How Does it Work?

The whole system works through an app that is downloaded to your smart device - iOS or Android - one for each car being raced.

​This app enables your race car to read the track layout, recognize the other cars being raced with, and to use various weapons and defenses to beat your opponents.

​You can customize the defenses, speed and weapons of your Supercar via in-game upgrades.

​Your smart device becomes your controller. You use it to control your car around the track and to tweak and upgrade its settings. You earn a set of medals as your experience and prowess on the track improves. All the race and battle options you need to employ to beat your opponents will show on your smart device's screen.

​This system is a lot more responsive than slot racing games, and is not so much about racing with cars, but battle racing with Supercars.

Getting Started with Anki Overdrive

To use Anki Overdrive you will need a ﻿﻿﻿﻿Starter Kit and a compatible iOS or Android device.

​Initial set-up is quick and easy. Unpack the starter kit; put all your cars on the charging platform;  build one of the eight battle track layouts; download the app to each compatible device.

Anki track is a modular system. Each piece of track connects in seconds with the use of strong magnets. This means the track pieces can be put together single-handed and quickly.

The ten track pieces (4 x straights, 6 x curves, 2 x risers) really do go together and take apart quickly, so a change of track layout can be completed in no time. Eight different track layouts can be used from the items in the starter kit.

​Anki Overdrive is an experience the whole family will enjoy, and a fantastic toy racing experience. To allow more than two people to race together you will need to purchase additional Supercars, and you may want extra track features such as Track Collision Kit, Elevation Kit and Accessory Bank Turn Kit to expand your Starter Kit.

Have Awesome Fun with the XPV Rollover Rumbler RC Car