There's enough destructive power in Nerf Zombie Strike Blasters to eradicate the Zombie hordes. With its single fire or slam fire capabilities it is the blaster of choice for anyone fighting the undead in the ongoing battle of the humans versus the Zombies. 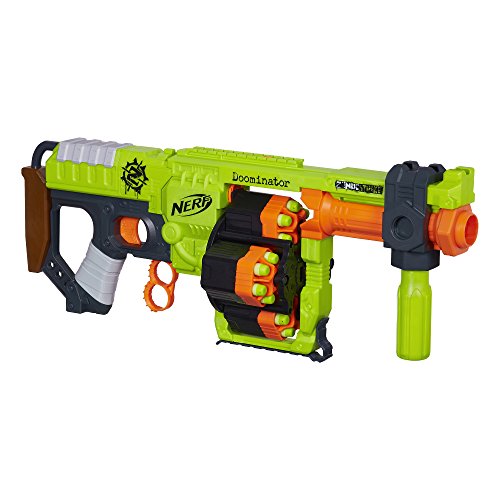 The Zombie Strike Blaster loads with 24 darts in four dart drums each carrying six darts. The pump handle can be fitted in three positions, drum rotation is done with a cool trigger, and apart from a minimal amount of assembly, it's ready to go out the box.

In a Hurry - You can get Doominator HERE!​ 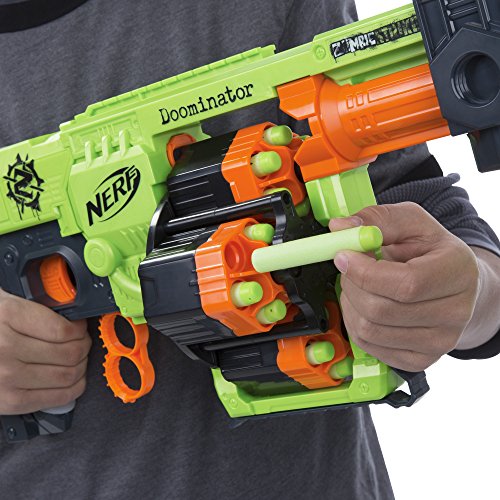 To start using the Doominator you just need to load up the dart drums with Nerf Elite darts, and you are ready to go.

​The dart drum magazine is similar to that in the Zombie Strike FlipFury Blaster which Hasbro have now discontinued.

​The recommended age range for this blaster is eight years and over, but you really need large hands to get the best out of the Doominator. My own feeling is that this is more suited to 14 year olds and upwards just as the Nerf Rival Khaos is.

​A small amount of assembly is required when you unpack the blaster. The Doominator is packaged with just two of the dart drums fitted, requiring you to fit the other two. This is easy enough and only takes a few seconds.

​The pump advance grip at the front also needs to be screwed into place. It screws in either below the slide - raider-style, to the left of it, or to the right.

Personally, I prefer to use it in one of the side positions - depending on whether you are left or right-handed. 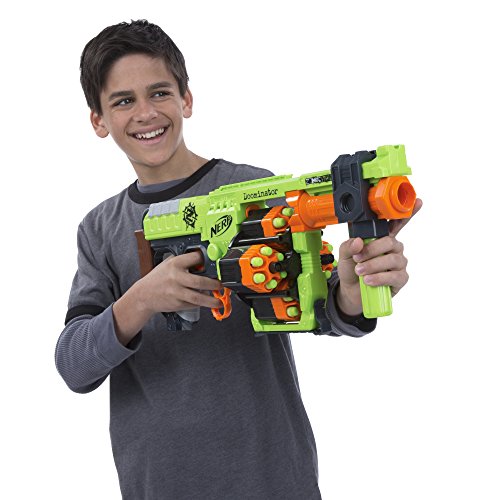 There’s a rail attachment on top of the Doominator which is compatible with N-Strike and Zombie Strike accessories.

Design-wise, the stock doesn’t do anything at all and seems a redundant feature. It’s too small and you can’t shoulder it properly. Perhaps this is more of a hip firing blaster.

​This is a spring powered Nerf blaster so it needs to be primed with the pump grip for every shot, then fired with the trigger. It also has slam-fire, which involves holding the trigger on whilst continually pulling the prime grip for true rapid fire.

When all six darts in a drum have been released, the next drum can be advanced by pulling the drum rotation lever. This is of a neat design, with provision for one or two fingers to be used, depending on the strength of the user.

In any Humans vs Zombies adventure, Nerf Zombie Strike Blasters will come out on top. They provide awesome firepower to fight the walking dead.

The pack comes with enough darts to load once, so don't forget to order some additional ammo with the blaster to help improve the game-play. 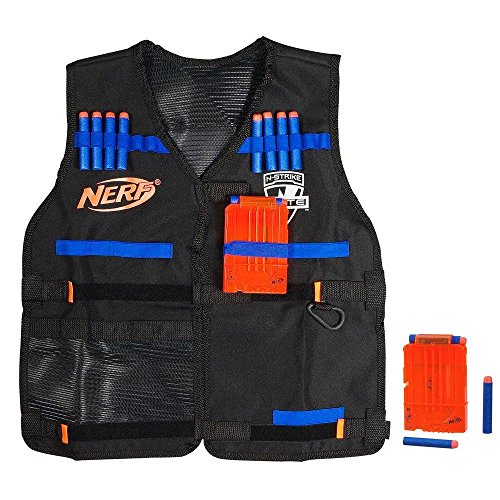 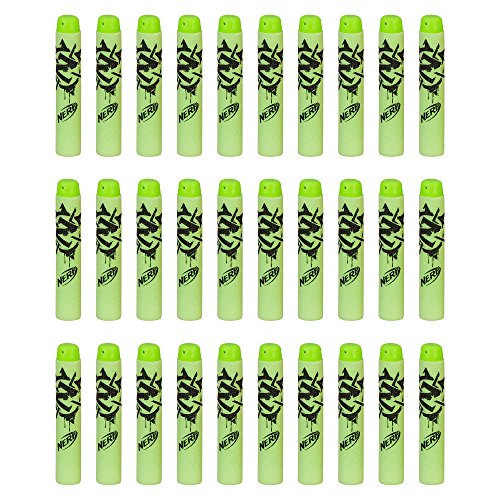