Nerf is the name kids think of when when it comes to dart guns. The new Nerf N-Strike Modulus (ECS-10) Blaster will be on their wants list because they know that all new Nerf guns are packed with new features.

​Nerf manages to create something better with each of their releases. They increase the fun and entertainment value, and keep your kids in active play for longer. 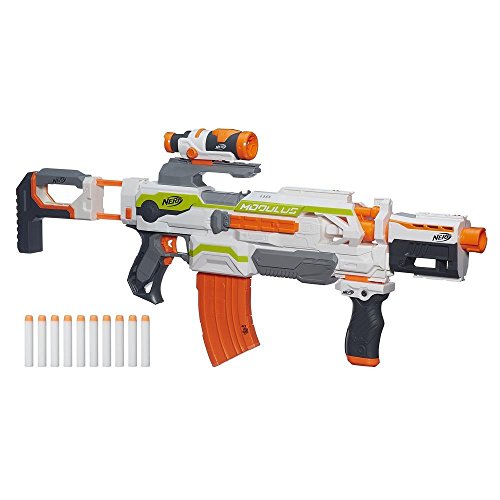 The newest Nerf gun is a modular unit. Kids can assemble it using all the pieces provided, into whatever custom design they wish. Give one to each of a dozen kids, and chances are none of their assembled designs would be the same.

​The Modulus ECS-10 is a motorized blaster. It has a targeting scope, dual-rail barrel and drop grip. The many removable parts allow for creative design in more than thirty different combinations.

Assembly and take-down is so quick and easy that even younger kids can master it without assistance.

​The curved ‘banana’ magazine holds up to 10 darts that can be launched at targets 90 feet away. Nerf N-Strike darts are safety tested, and being made of foam are safe to use in both fast and slow action play. 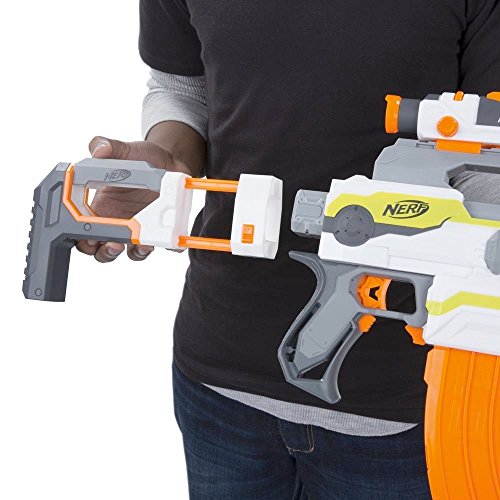 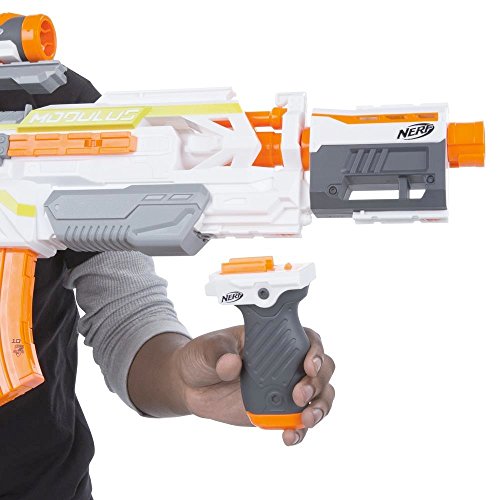 ​Is This The Best Nerf Gun?

I reckon it could be! Kids love being able to personalize their Nerf Blaster and they can assemble the components of their Nerf N-Strike in over thirty different ways. They can use their imagination to match their Blaster to their specific game-play.

Suitable for kids aged eight and over.

Load up the Nerf N-Strike Modulus ECS-10 blaster’s 10-dart banana clip with the included darts and hit the battlefield in whatever configuration will make you the victor!