Harry Potter fans and LEGO enthusiasts will want to get their hands on the LEGO Hogwarts Great Hall Building Kit. It’s not the whole castle, just a part of it, but with 878 pieces, it is quite a large set and will appeal to older kids attracted to the more advanced assembly. 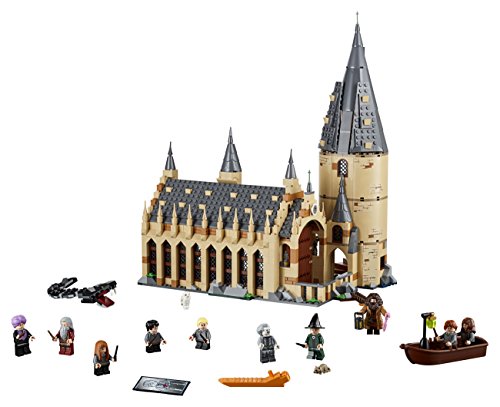 There is a lot of detail in this set. It can be played on four levels and provides plenty of scope for kids to recreate their favorite scenes from the movie series. There are not as many pieces in this set as you might expect, but this is because the tower section is made with fewer but larger curved pieces.

You can connect the Great Hall to the Whomping Willow set if you have one or are considering getting one, and of course, it’s compatible with all other Lego building toys.

It includes the tower with the spiral staircase that moves, a treasure room you can build, and a potion room.

Accessories include the sorting hat - great for re-enacting the Sorting Ceremony - magic wands, and the magical creatures Hedwig (Harry’s owl) and Scabbers. You can also build the creatures Basilisk and Fawkes.

There is such a mass of fine detail. The Magical Mirror of Erised at the top of the tower has three alternative mirror images to use. The Hall has leaded windows, house banners with all the different variations as well. You can only see two banners at a time, but they are reversible. You also have benches, candles, goblets, a broomstick, a chest filled with gems - these are just a few.

The assembled building is double-sided (see box art below), so it offers plenty of gameplay scenarios to bring the characters alive. 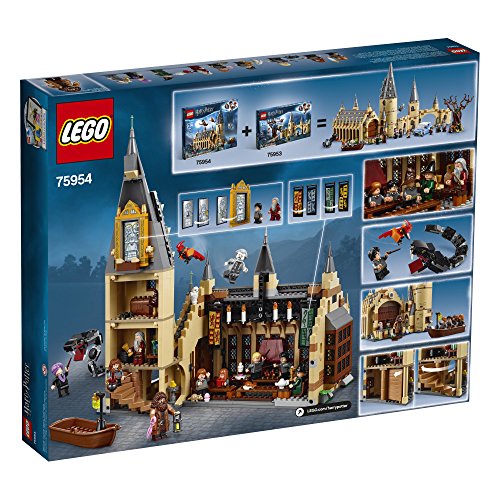 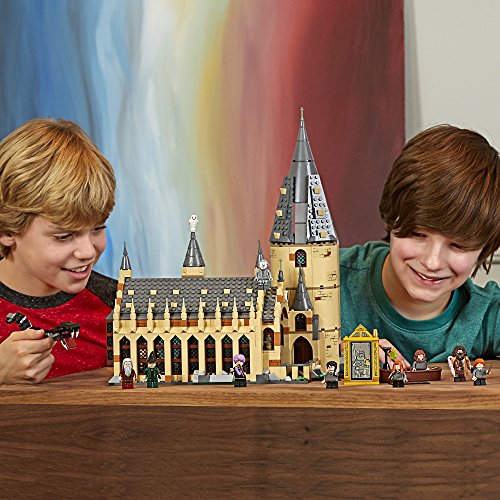 The Hogwarts Great Hall building set is a great gift to give to any Harry Potter devotee. At Christmas or any other time.

There is plenty of role-playing action to be had with this Ghostbusters Lego set. It ties in with the Ghostbusters END_OF_DOCUMENT_TOKEN_TO_BE_REPLACED

LEGO Guardians of The Galaxy Vol 2 Sets and Minifigures

LEGO Guardians of The Galaxy - The Milano vs. The Abilisk Smaller than their original version, this LEGO Milano starship END_OF_DOCUMENT_TOKEN_TO_BE_REPLACED

Lionel Mega Tracks Corkscrew Chaos comes from a 116-year-old company that knows all about tracks. Lionel may be best known END_OF_DOCUMENT_TOKEN_TO_BE_REPLACED