With LEGO's Hidden Side series, you build your LEGO set like any other. Then you use a free interactive Augmented Reality (AR) app on your smart device to pursue and capture a load of rebellious ghosts who are lurking in the sleepy old pretend town of Newbury. 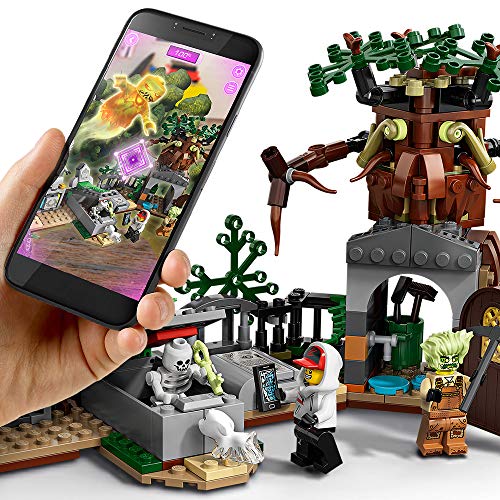 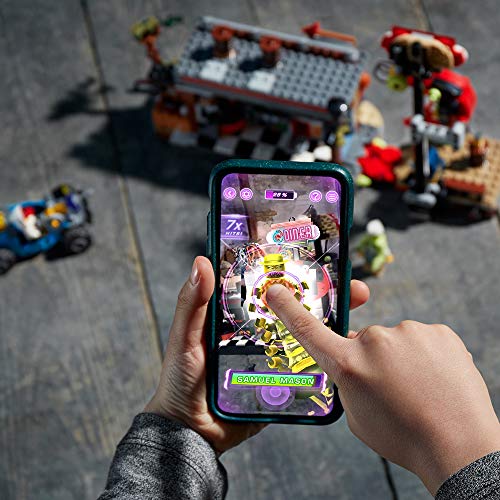 It's simple. Just scan your built LEGO model with your smartphone or tablet and watch the screen come alive. It interacts with the model and makes things happen. It's a new way of playing. You don't need a smart device to build and play with these sets, but you do need one if you want to go ghost hunting. That is all in the app.

Each Hidden Side set has mysteries that need solving and games to play as the app continuously updates. There are items to find, and ghosts to collect, and a boss ghost that's different with each kit.

Hidden Side sets are for kids seven years and older. They use stories in the AR app for hunting ghosts one at a time.

You can play without the toy sets using 'Play as Ghost' mode in the app, but to use 'Play as Ghost Hunter' mode, you do need at least one of the Hidden Side sets. And you can combine as many sets as you want to intensify the play. The possibilities are exciting.

Adult supervision is not needed for kids to have a spookily enjoyable time chasing phantoms out of the shadows. This new technology presents a new dimension to playing with building bricks. 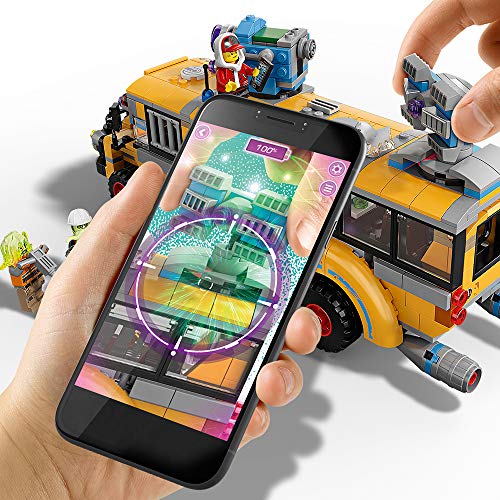 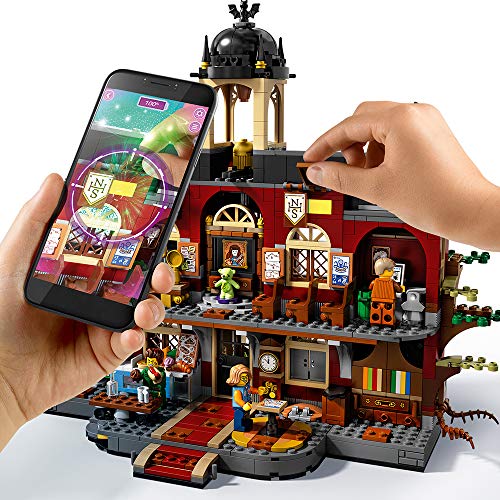 Each Hidden Side set includes a fully functional LEGO model. You'll have a building toy, a tech toy, and an AR game all simultaneously.
Let's have a look at these Lego ghost hunting sets. 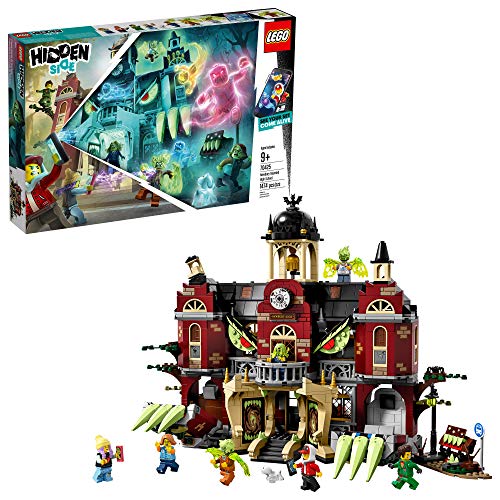 Newbury Haunted High School has lots of detail to fire up kids' imaginations even before using the AR app.

There's a bus station out the front and a bell tower on the roof. Inside, you'll find a computer lab, chemistry room, library, and bathroom that provide more play areas that can quickly switch from being quiet and ordinary places to being haunted. There's even a concealed chamber. 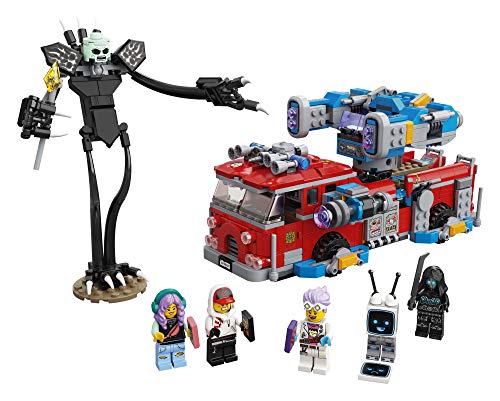 There's more AR single or multiplayer fun for kids to enjoy with the Hidden Side Phantom Fire Truck 3000 set. The rear of the truck separates into a transformable mechanoid robot for absorbing ghost hunting. 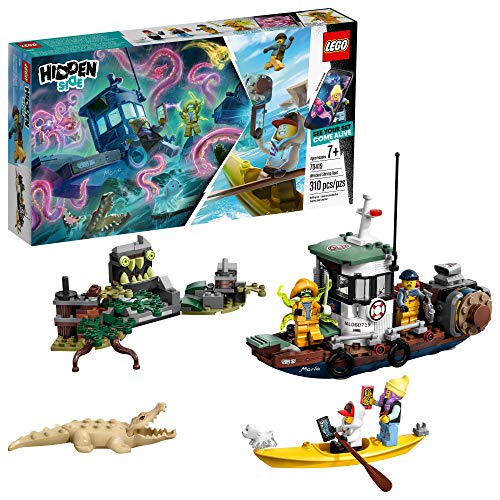 The Wrecked Shrimp Boat comes with outstanding features like a kayak, some bits of a tentacle, a sou'wester, and a brick-built cliff that can become haunted. It becomes a wreck by splitting neatly in two and being put back together again for a new adventure. 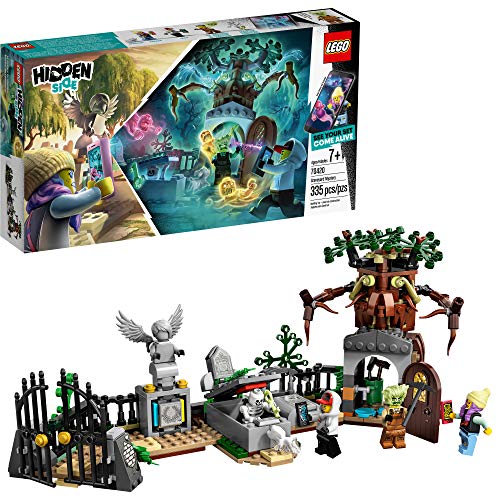 The Graveyard Mystery playset has some spooky details such as a grave that opens, a haunted tree with posable arms, and a twistable statue. 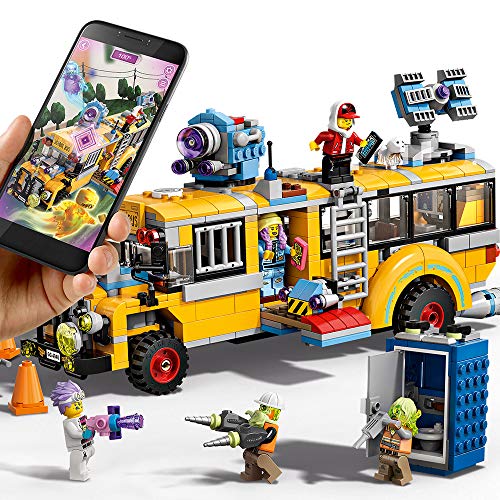 Newbury's very own Paranormal Intercept Bus has plenty of cool design elements. It has a pull-out command center with fold-out anti-haunting cannons, spook scanners on the bus roof, and a portable toilet that gets haunted big-time! 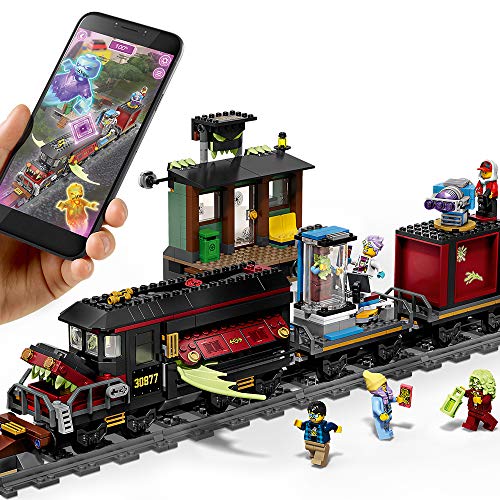 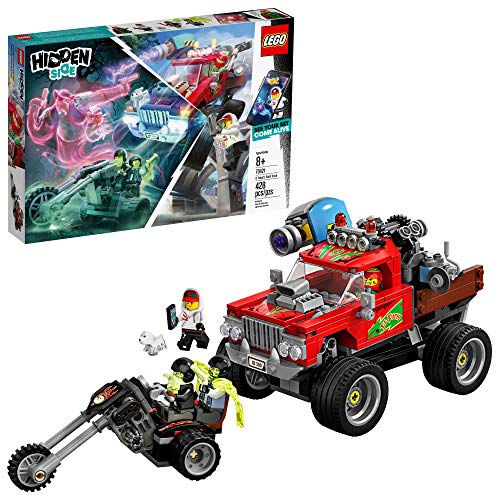 El Fuego's Stunt Truck provides plenty of opportunities for imaginative stunt play with a working rear suspension. The truck has a giant cannon that kids can use to de-haunt the chopper motorbike of Dwayne and his girlfriend Joey 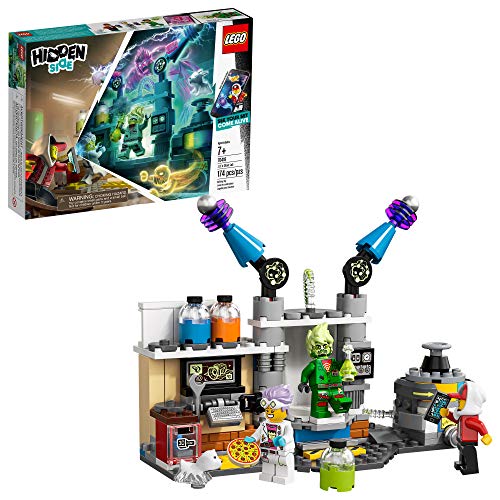 Newbury's very own mad scientist, JB has to de-haunt the friendly janitor in JB's Ghost Lab playset. Kids will find there are plenty of adventures to be had using the minifigures of JB, Jack Davids, and Douglas Elton, plus ghost dog Spencer plus a Tesla-powered ghost removal chamber.

There are a load more Hidden Side sets from LEGO. You can see them HERE!