There are many adventures that kids can play out with this cool dinosaur toy. The Ultra T-Rex can walk, roar, shoot spears and snow boulders and fire off its claws. It has lights and sounds and plenty of detail features that add to its play value.

And this dino is tall – 30 inches. That's not much different from the height of some of the kids playing with it! And it's bright blue to resemble ice. 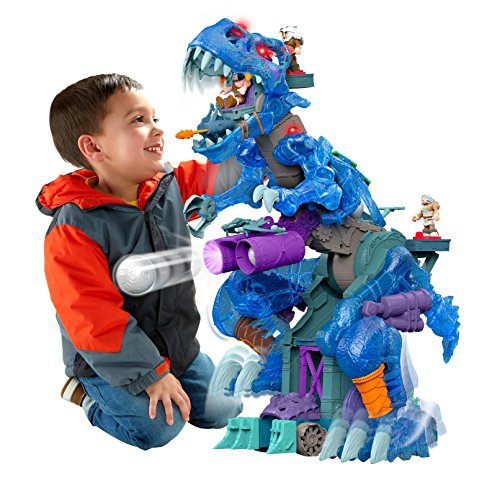 What's in the Imaginext Dinosaur Playset?

When you open the box, you'll realize that some assembly is needed - best done by an adult, or at least with adult supervision. It's not difficult, but you need to ensure the legs are fitted accurately for the robot to function correctly.

In common with other Imaginext toys, T-Rex Ice has Power Pads. Three of them; they're colored red. You turn them to activate different features that make the dino come to life.

Turn the power pad behind his head to make his jaws open and close, or make it fire spears. It'll cause some cool sound effects as well. 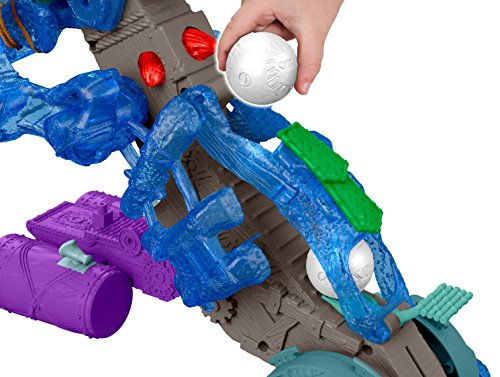 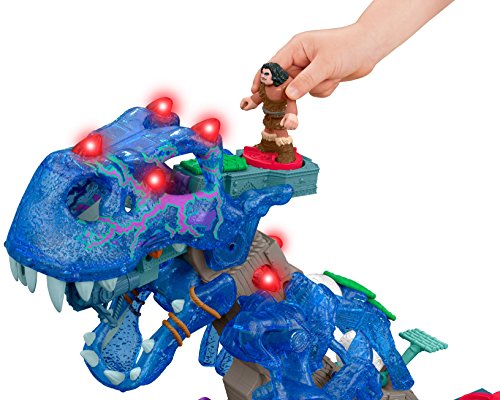 The one by his left hip makes T-Rex Ice stand to his full height of 30 inches. It also activates the red LED lights in his eyes and spikes.

The power pad at the rear below his tail makes him walk with a big stomping action.

There's plenty of hands-on interactive play with this Imaginext Dinosaur Playset. The set has three nicely detailed cavemen figures, each one having quite a distinctive appearance. Their arms move, and their legs bend so they can be seated in the driving chair inside the dinosaur's mouth.

You can also locate the caveman figures on any of the power pads which have molded depressions in them, so the figures don't easily fall off. 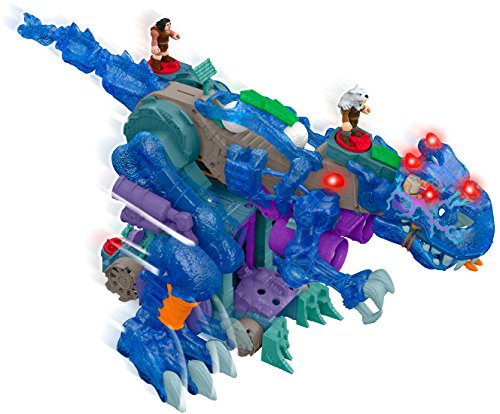 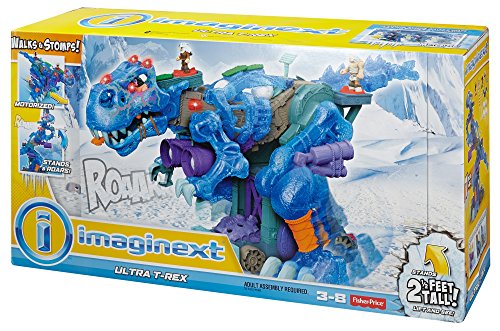 At the base of the toy is an enclosure into which the cavemen can put their prisoners. There's a ladder behind it for the cavemen to clamber higher up the dino. There's also a scary headdress you can fit on one of them.

Also supplied for the cavemen are a pterodactyl glider and some hand weapons which clip onto the figure's hands. The pterodactyl clips in place on a platform below the T-Rex mouth, so when it's not in play, it won't get lost. A nice touch.

There's plenty of action, too, when the kids get stuck into their prehistoric adventures. T-Rex can fire ice boulders from positions on his chest and his back. 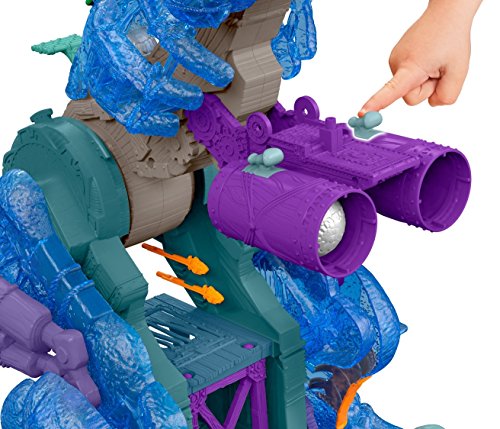 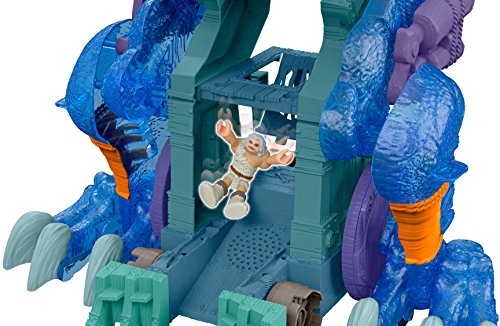 You can fire spears from inside the T-Rex jaws, and when the spears are not loaded, you can clip them into a rack beneath the front ice boulder launchers, so they don't get lost.

You can also fire those huge claws in his hands, making this one big, mean, fighting dinosaur machine.

Ultra T-Rex must be one of the coolest dinosaur toys for firing up children's imaginations. Kids can have so many epic prehistoric adventures with this dino.

It's not just a toy dinosaur. It is a complete working playset. It's big enough for more than one child to play with it simultaneously - and that can help prevent arguments!. It's the sort of toy that kids can use in conjunction with other toys your kids might have to create some truly amazing interactive gameplay.