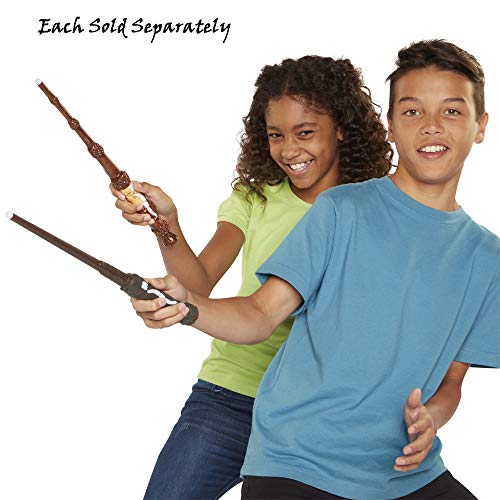 There are three of them for the kids to collect, and they replicate those used by Harry himself, Albus Dumbledore (the elder wand) and Lord Voldemort.

There are five games to play and eleven spells to learn.

Two of the games can be played on your own, but the others will require at least two wands and a fellow trainee to play with.

In single-wand mode the games are: Spell Training & Free Play.

In multi-wand mode the games are: Training Spells, Spell Practice and Wizard Tag.

There are 11 different spells to learn as well. The wand recognizes motion, knows when a spell has been cast, and senses whether you’ve cast it correctly. It’ll let you know by the sounds it makes which come out of the end of the handle.

There is an on/off switch and six buttons on the handle which illuminate. One button casts the spell, the other five select the different games and act as a health bar.

The detailed instruction manual and included spell training guide, covers all aspects of the games, and the front page showing the spell chart is needed for some game-play, so keep that safe.

These Harry Potter Wizard Training Wands will be very popular at Christmas, I'm sure. 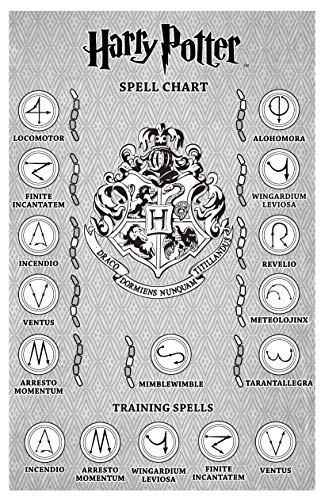 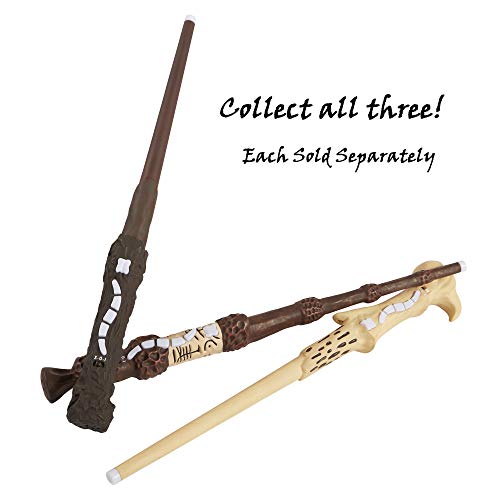 LEGO Guardians Of The Galaxy Vol 2 Sets And Minifigures

Top Guardians Of The Galaxy 2 Toys and Gifts