Are you looking for an untamed raptor? WowWee's Fingerling Dinos? 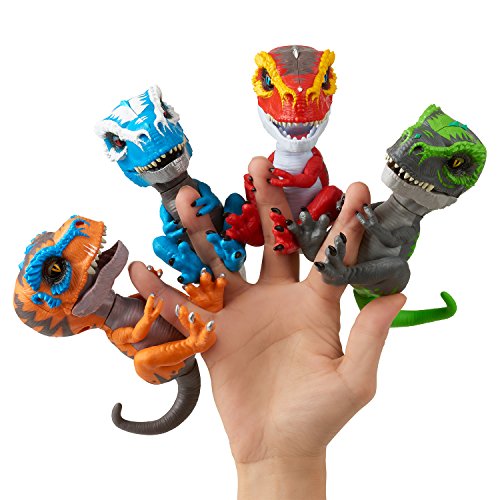 Here they are - Scratch, Ironjaw, Ripsaw and Tracker​​​​​

These bad boys are the original Fingerlings Raptors from WowWee. The Untamed T-Rex Raptors. These finger-gripping, jaw-snapping dinos will interact with their owners and hiss and roar, or calm and chill depending on how you treat them.

Each has its own characteristic.

Scratch is orange colored and has an itch he needs to scratch.

Ironclaw is blue and likes nothing more than eating metal for his breakfast.

Tracker is green and always on the hunt. 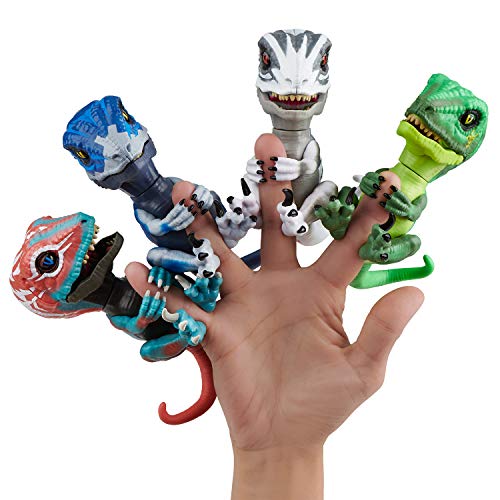 So. Do you want them tamed or untamed? They react to touch so it’s your choice.

In tame mode they are relaxed and affectionate. Pet them on the head and nose, let them rest in the palm of your hands, and you’ll calm them down. They'll nuzzle, purr and love you.

But if you tap their head or nose they’re going to get all riled up and you’ll provoke them into roaring, hissing and growling. They’ll turn their heads, blink their eyes, and chomp their snapping jaws.

There are over 40 different sounds and animations that fingerlings will respond to via sensors inside them. Sometimes unexpectedly - like them being prone to dino gas when both their sensors are pressed at the same time. Dinosaurs with flatulence - Gross!

The ferocity and flatulence of these fingerlings will certainly appeal to boys this Christmas. For interactive toys they are affordable, colorful and cute, and hugely collectible. Kids will probably want to have all the different colors, so be prepared.

Raptors are recommended for ages 5 to 15 years, and need 4 x LR44 batteries to function, which are supplied.

WowWee have put a lot of exciting technology into the Untamed T-Rex, and they are great fun to play with. 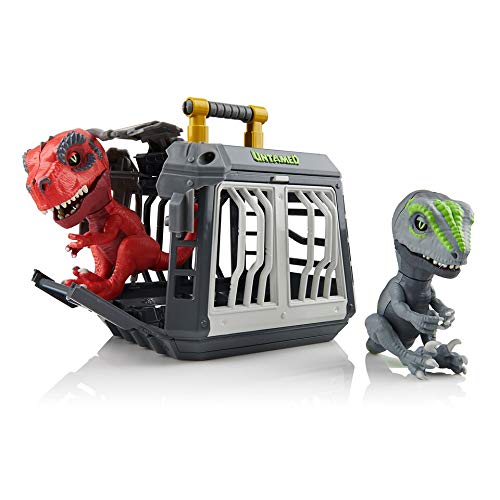 This Jailbreak playset features two Untamed Raptors called Breakout and Bolt, that are only available with the set, and not separately.

Breakout (the red T-rex) has eyes and teeth that glow in the dark.

Two untamed raptors can sit side-by-side in the cage, but pull the lever and open the cage and see what mayhem you unleash. Can you tame the raptors or will they lose their temper and bust out.