Boomtrix Xtreme Trampoline from Goliath Games is similar to other marble runs except for one thing. It has no tracks or rails, or tubes to guide the ball from start to finish.

Instead, you have to configure a series of mini-trampolines so a metal ball can drop from a launch tower to the first trampoline, then bounce to the next, and so on until it finally settles at the end goal.

In this article we'll be looking at the following Boomtrix Kits:

Marble runs are great STEM toys, and the way Boomtrix plays out encourages kids to expand their thinking. Kids will need to consider factors such as trajectories, height, acceleration, momentum, angles, drop, drift, and range etc. to set up their airborne marble run. 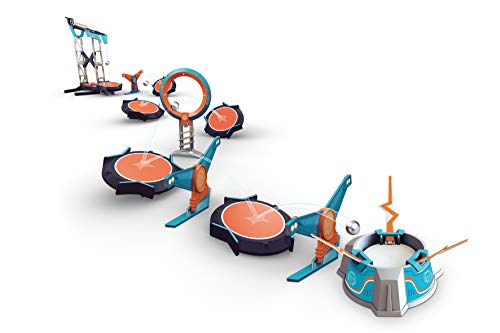 Bounce along the trampolines, clear the stunt walls, pass through the hoop and reach your flapping goal!

Kids will find this is a trial and error process initially, and this is where they will generate a lot of their fun.

The trampolines can be positioned flat or angled with the use of trampoline curves which fix to the bottom of a trampoline. Kids need to adjust the trampolines to change the direction of the balls.

They can design obstacles into their layouts and arrange hoops for the balls to pass through.

It can be helpful to have several pairs of hands to set up the original course.

If your child rises to the challenge of the starter set - Kinetic Launch - they can enhance their gameplay by combining with other Xtreme sets such as Boomtrix Multiball,  Showdown and Multi Challenge, or an add-on Stunt Pack. 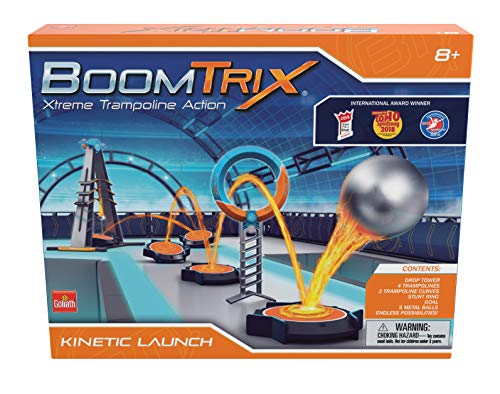 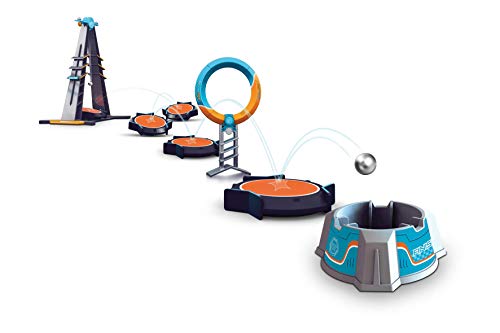 The Kinetic Launch is a good place to start. It has a four trampoline setup which is a good number with which to learn and includes: 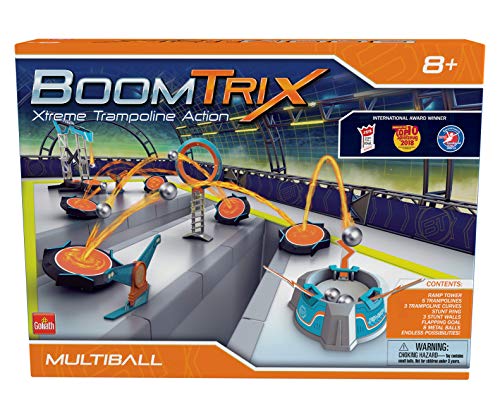 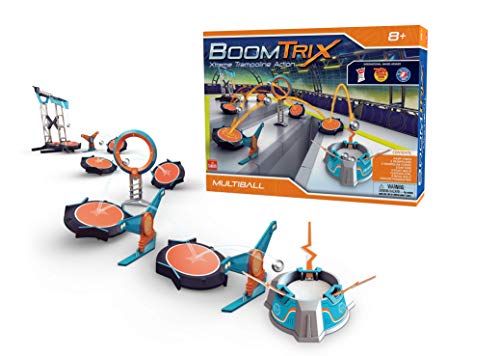 This set includes a launcher that can release up to fifteen balls at once. Better make sure your trampolines are well set before that many balls bounce along the course at the same time! Set includes: 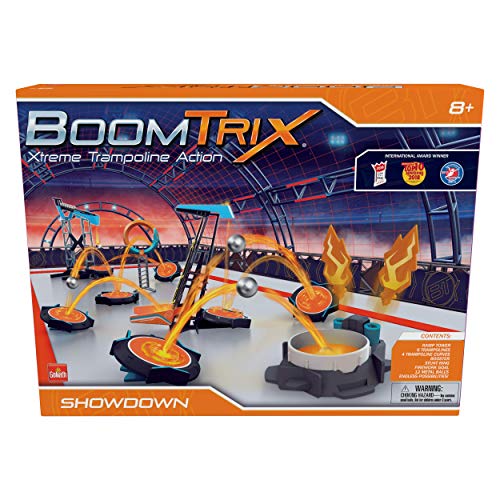 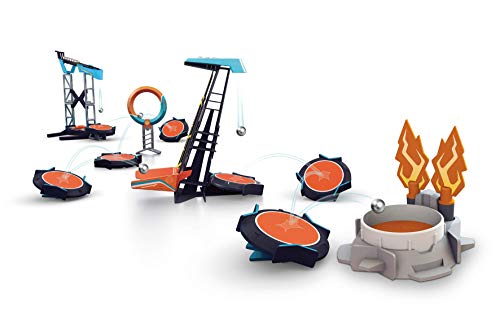 This is the penultimate Boomtrix set and features a Giant Ramp Tower that can release up to fifteen balls at once. Set includes: 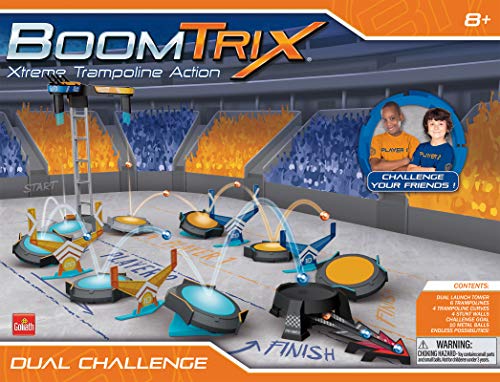 This new release from Goliath features twin action courses. Two Xtreme trampoline runs are set up side by side for two players. You can race to get to the finish first or see who can take the longest to reach the end. You could even set up a zig-zag course! Here's where the imagination comes in. Set includes: 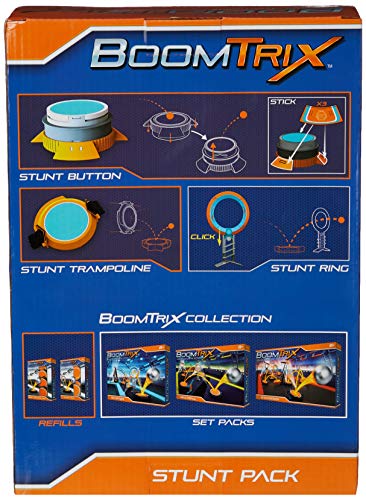 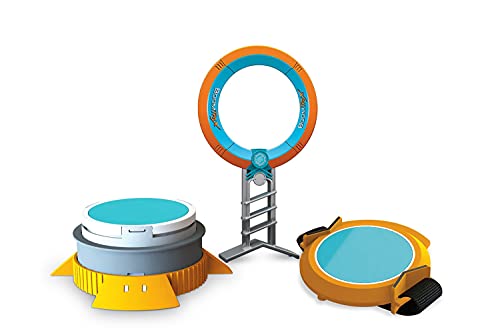 A stunt ring, button and trampoline that can be used with any other Boomtrix Xtreme Trampoline set. 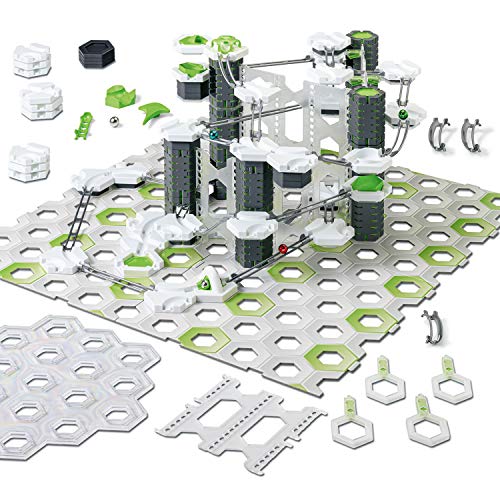 The comparison between Boomtrix and Gravitrax often crops up. They are entirely different types of marble run, and a direct comparison is not that straightforward. They have their Pros and Cons.

Boomtrix Xtreme Trampoline is an entertaining STEM toy, and a different spin on the usual marble run sets. Kids who have become overly familiar with a conventional marble run's fixed layout may find this an exciting challenge.

While it may not have as many different features, it can operate over a bigger area and at more pronounced speeds, which will appeal to kids.