The Barbie RC Hoverboard replicates a central feature in Barbie's latest adventure. She has a bit of a makeover in the Barbie Starlight Adventure movie. She becomes a cosmic princess in a far off galaxy, who joins a special rescue mission to save the stars that are starting to dim in the night sky.

She travels to Capital Planet, and, with her own hoverboard, hitches up with some hover boarding friends and sets out to save the Galaxy. 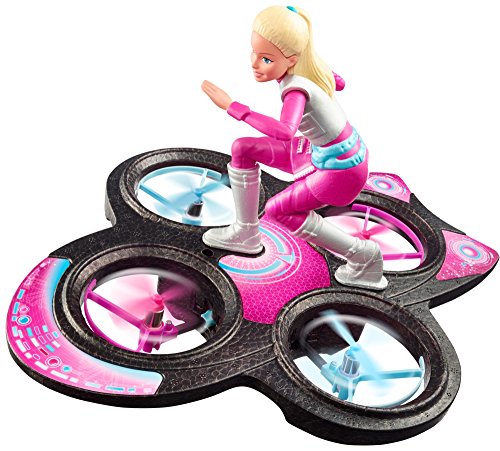 The hover board is a pretty cool looking toy, but you must realize that the Barbie figure is not removable from the drone part.

It would have been nice if it could be detached and played with separate from the drone, but this is just not practicable. The figure needs to be very light weight so as not to inhibit the flight characteristics of the drone, so it’s made of painted styrofoam, which the body of the toy is also made of.

The figure does look good flying on top of the drone. We like the matching pink and blue colors which are on Barbie's outfit, the Hoverboard and the remote controller. 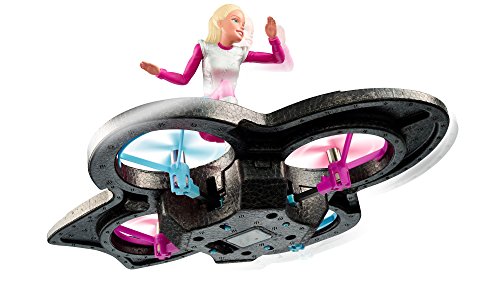 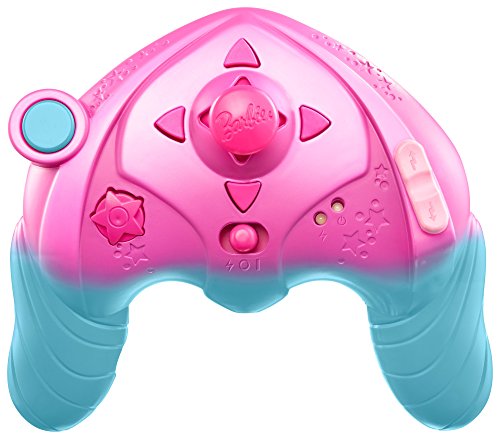 Hoverboard is designed for use indoors, and flying is easy enough but will require some initial practice. You'll soon be flying, spinning and hovering all over!.

The remote controller has the following controls:

Re-charging the hoverboard is straightforward. The USB charging lead plugs into the remote controller, and another lead - which is stored in a small compartment​ in the controller -  goes from there to the underside of the drone. Connect the other plug on the USB lead to your computer and you'll have it fully recharged in about 2 hours. A light on the controller will turn green to indicate a fully charged hover-board.

A word about safety: Although the propellers in this craft are small and made of plastic, they could cut tiny fingers if not handled properly, so make sure handling of the toy whilst the motors are powered up is supervised. ALSO, keep long hair away from the rotating propellers. Entangled hair can be scary.

Barbie RC Hoverboard at a glance... 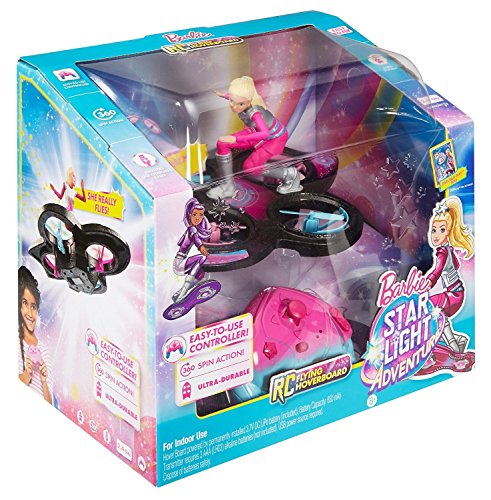 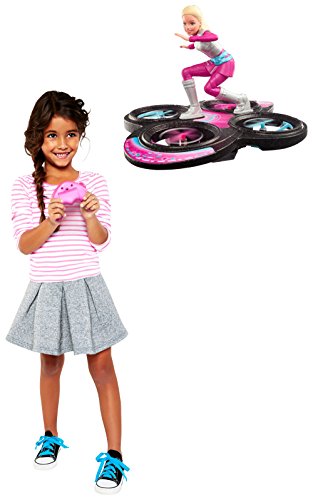 The packaging is neat, with colorful and descriptive artwork and good all-round presentation showing what the toy can do.

The Barbie RC Hoverboard is a really cool Barbie toy and will make a perfect Christmas gift. It creates so much fun.  We'd have liked the batteries to last longer on a full charge than the​ 15/20 minutes that seems the norm, but it's still a great toy.

Great Barbie DVDs to watch whilst the Hoverboard is re-charging! 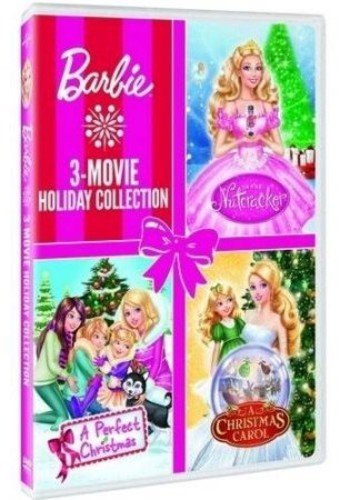 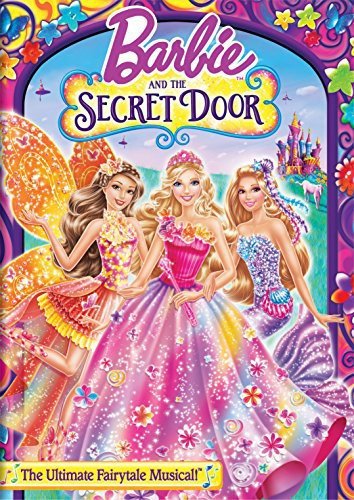 Barbie and The Secret Door [DVD] 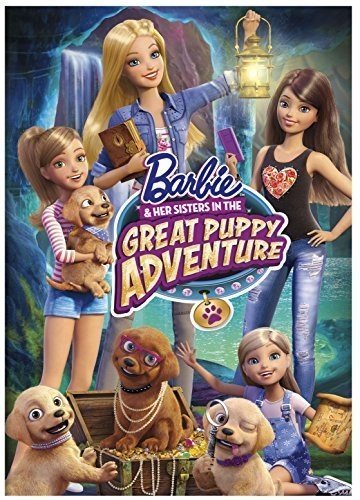 Barbie & Her Sisters in The Great Puppy Adventure - DVD

And some cool Barbie accessories:​​​​​ 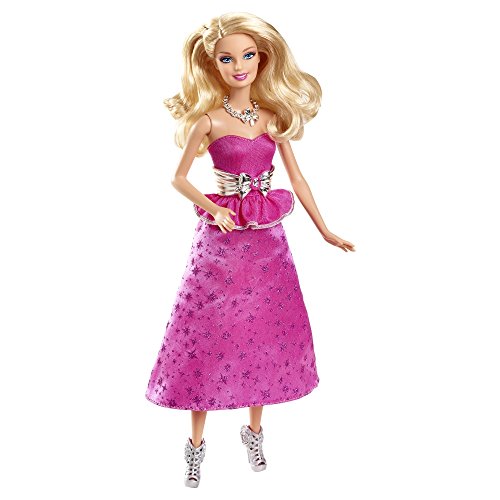 Barbie and Her Sisters in a Pony Tale Gala Gown Doll 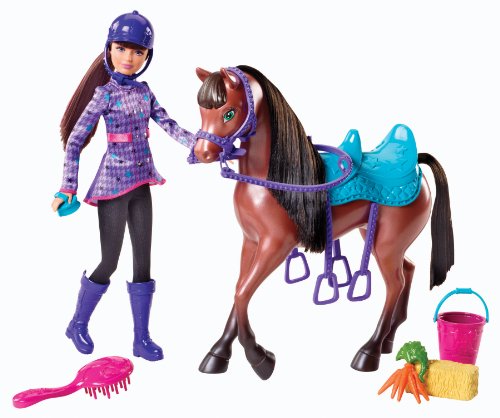 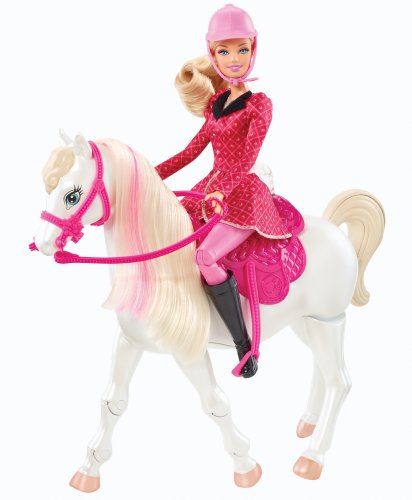